Scott M. Graves is Founder of M the Media Project and SMGraves Associates.  As contributing writer to M, he writes under the series Politics, Done Local and Democratic Capitalism in addition to Essays from An Artist.

In his groundbreaking Confessions of a Recovering Engineer premiering in September 2021 (I’ve had the distinct privilege of reviewing the book prior to distribution) Charles Marohn, P.E. defines the difference between a road and a street.

A Road connects two places.  When effectively designed a road does so efficiently i.e. the locomotive machine, a car or a train gets there as quickly as possible and does so safely.

A Street is a place of commerce, of interaction and of life.  A Street collects a variety of human interaction and therefore, a well-designed street generates economic value over a long period of time.  A street builds wealth for its owners.

In our modern experiment in Suburbia, we’ve attempted to bring these two disparate designs together.  Chuck likes to call these stroads.  A stroad neither functions well connecting us between two places nor does it build value in real property or any other measure of human development.

A regional example of a stroad is State St. in Springfield, MA, Confessions lead case study.  State St. is an historic street of Springfield dating to its colonial period.  Mid-century, as the United States suburbanized, upwardly mobile residents fled to the suburbs on a newly designed State St. A focus on efficiently getting cars out of the city quickly during commute times lead to the re-design of State St as a stroad; wider lanes, more forgiving shoulders and pedestrian and signal infrastructure designed to collapse on impact.  That’s right.  Infrastructure that reduces a motorists danger, encourages speed and reduces a pedestrians ability to survive a crash.

The wider stroad we use today is more dangerous to pedestrians and reduces the neighborhoods capacity for building wealth.  Coupled with other economic factors, this design of Springfield’s major streets into stroads has contributed to the economic degradation of that city.

My local city of Gardner (MA) has its own stroad story.  During the 1960’s, modern US Route 2 cut the city in two. A commercial corridor was cut out at a junction with a highway roundabout, a connector stroad was developed.  This stroad and its resultant commercial investment began a slow process of hollowing out downtown, a process on-going to this day.  The stroad in question, Pearson Boulevard, contains mainly big-box store development.

Read ‘Is It the Past, Or Is It the Future?’ on our mis-guided development patterns.

While I do not have a report of exactly how much wealth in real dollars is extracted from our community as a result of the out of state ownership of such retail, a look at the retail brands covering this corridor gives an indication it could be significant.  A further testament to the social problems facing us in Gardner: on any given day the busiest locations are the liquor store and the neighboring marijuana retail facility. 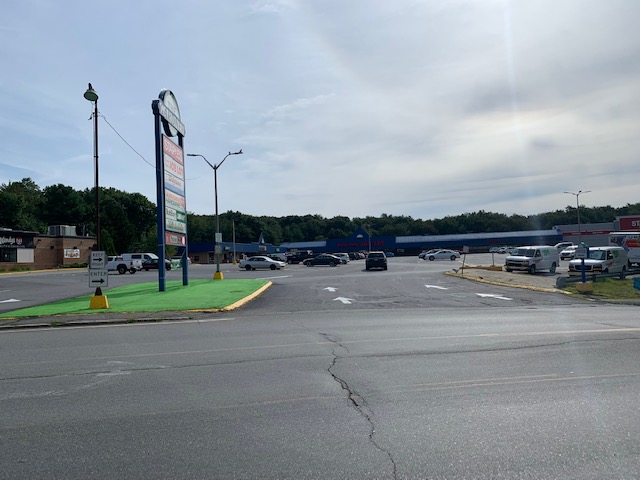 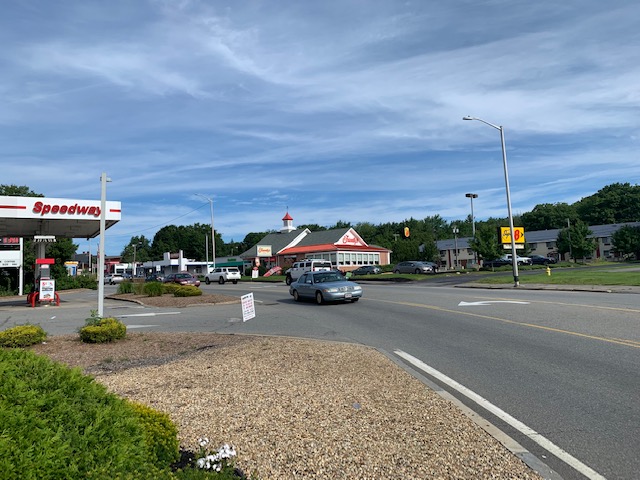 This stroad is not walkable nor bikable.  Its scale is not friendly to human interaction.  It is dangerous and after hours it is lifeless.  It is not a neighborhood nor is it a dynamic place of human interaction.

Over the last 60 years many of the streets in our city core have been altered to reflect our emphasis on stroads and the automobile.

Recently, my city enacted a temporary change to one of our connector streets on the outer core of our center. 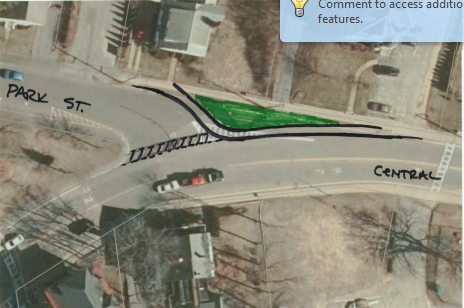 By instituting this build-out designers are forcing cars to slow down where normally motorists rush through the change from Central to Park St.  Doing so when members of the Elks Club, parents turning into the skating rink or young couples cross to use Monument Park made this a dangerous game.

There is a bigger picture.

I like this change because it’s one small step in a larger design to connect several sections of rail trial and complete streets bike lanes. When the iterations of this project are complete, cyclists and pedestrians will be offered a safe and efficient way to not only travel within our municipality but inter-municipal as well.

One small step for bikes, one giant leap towards a more productive and wealthier neighborhood.

I want to make this point.

We need to stop building streets for cars and creating faster flow out of our city centers.  We need to focus on building wealth within our city centers. Our focus on the car and on suburbanization has influenced how we see our downtowns as something to pass through rather than the central focal point of commerce, culture, togetherness that they were and that they could be now.

I am not suggesting a return to some point in the past.  I am suggesting we need to take the best of the past; the most valuable, resilient economic concepts and marry them to a 21st century sensibility for what works on a human scale; what makes people want to live in a place, to call that place home. 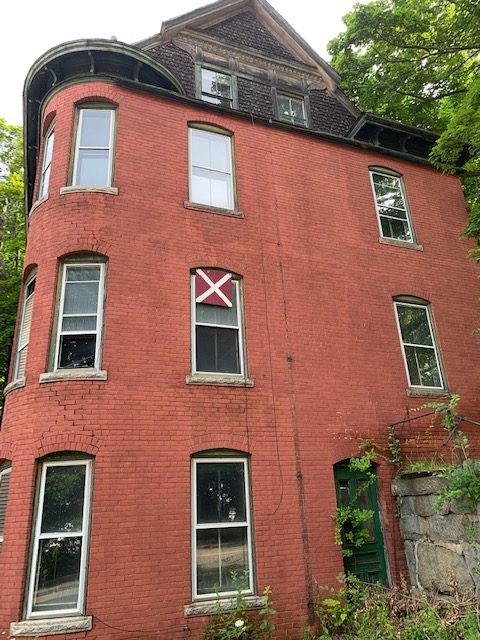 You have to ask yourself, ‘Are the choices we’ve made as a community over time what’s caused this?’ 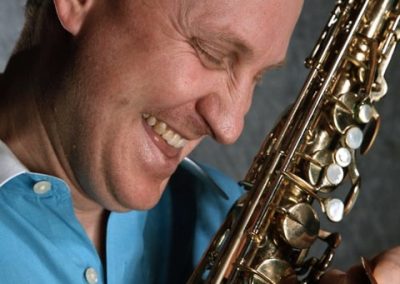