Just Shut Up and Pay

You all have access to that case on https://www.masscourts.org/eservices/home.page.2

This City Council voting to waste your money is not surprising.

But, what did shock and stun the City Hall Ruling Class was the close 6-4 vote.  The Ruling Class has come to expect the usual 11-0 or 10-1 vote.

The six Councillors responsible for wasting your money were led by Councillor James Walsh – who explained that the City Council simply had no choice.  That was, of course, not explained. Walsh was asked to explain, and he couldn’t do it.  There is no valid explanation for this waste of money apart from city politics and Ruling Class hegemony.

Walsh got the usual Ruling Class sheep (Kazinskas, Dernalowicz, Tyros, and The Cormiers) to vote the way the Ruling Class expects them to vote, the way they always vote (collectively – automatically – incuriously).

Are we being too harsh? Sheep? Is the image of a flock of sheep, grazing non-stop without looking up while being led mindlessly wherever their handlers take them, overly simplified?

You tell us. Go back and read the City Council Minutes for yourself.  Go back to, oh I don’t know, Jan. 6, 2020 – and read them all the way to 2/22/22.  For some of them, go back further – and see how they vote.  Count the City Council votes where any of those 6 voted differently than any of the others. You tell us if we are exaggerating. It’s all there. http://ma-gardner.civicplus.com/DocumentCenter

Did we mention that 6 votes is a majority, and will always (with rare exceptions) carry the vote?

The four Councillors watching out for your money were Councillors Boone, Boudreau, Hardern, and Heath.  They are acting the way they should.  They acted as if they were writing the checks out from their own checkbooks. It’s called fiscal responsibility. Thank you.

The 6-4 to spend this money means the City Council has already spent $20,000 on outside lawyers on this case. Outside lawyers.

Our City law (Ordinance Chapter 140) says that Flick & Kolodny, in return for their automatic paychecks that we the Citizens pay them, must “handle all legal affairs pertaining to the City.”  “All.”

So, why aren’t they?

In fact, it is so super secret that the City Council, without any legal authority under the Open Meeting Law to do so, met in secret to discuss it – behind the Citizens’ backs (in “Executive Session”).  There is a pending Open Meeting Law complaint we filed, which is now pending.

This secret, which no one in the Ruling Class will explain, is why Councillor Boone (backed by Councillors Boudreau, Hardern, and Heath) wanted Flick & Kolodny to stand before the Citizens and explain why.

But, Walsh convinced his fellow mono-thinkers (Kazinskas, Dernalowicz, Tyros, and the Cormiers) to shoot that down.  No – Flick & Kolodny can’t be asked to bow down to the lowly Citizens like that. How dare you question them? Shut up, and pay.

So, what’s this Graves’ Public Records Request case in Superior Court all about?

Graves is trying to get public records having to do with the Coil Scandal, and the condition of the City’s drinking water.

You know, the Coil Scandal – the one where the City’s drinking water, for decades, caused your home heating coils to corrode before your eyes, one after the other.  You know – the one that cost us, the Citizen homeowners, many tens of thousands of dollars to replace our coils (several times).

We, the City homeowners, are all still standing around with our pockets turned inside out – and zero information about why. So, Graves, your former City Councillor, tried to get information for you. No one else will, and no one else even tried.

As we speak, the City and the State (each with unlimited supplies of Taxpayer money and resources) are doing everything they can to crush Graves’ case, and make it all go away – so that the Citizens can remain in the dark about the Coil Scandal.

Are any of us, the Gardner homeowners, going to get reimbursed for all the money we lost?

Shut up, and pay.

Don’t we have City insurance to get compensation for the City Homeowners who got shafted?

Yes – but, the City’s insurance company denied the claims.

Can our insurance company do that?

When it is in the Ruling Class’s interest to divulge confidential information to the Citizens, the Ruling Class releases it.  When it isn’t in their interest, they don’t.  This is your City government, at its best.

Anyway, why is the City wasting your money to pay outside lawyers?  To conceal information from you, and keep you in the dark, about the Coil Scandal.

Mayor Nicholson has told you that this is going to cost you, the Taxpayers, at least $82,075 – all for the purpose of keeping you ignorant.

Back to the 2/22/22 City Council Meeting.  The City Council’s new financial/litigation expert, Attorney Alek Dernalowicz, told the People not to worry – the Brinks Truck has finally arrived, he said.

Dernalowicz explained that the State has finally joined the fight against Graves.  Dernalowicz said that this mean that the State, quote, “will be part of bearing the costs going forward as well.”

You can watch the YouTube video, if you dare. https://www.youtube.com/watch?v=tTXLNRJCUyw

But, we’ll take the liberty of translating Attorney Dernalowicz’ gibberish into something coherent.  What he said means: don’t worry Gardner Taxpayers, the State has finally showed up, and is going to share in the payment of your attorney’s fees from now on.

That’s false.  First of all, the State has been in this case since the beginning.  So, if the State was going to pay the Gardner Citizens’ outside attorney’s fees in this case, the State would already have been doing this all along for the last several months (about 8 months).  The State, as you can well imagine if you have a brain, has not been doing that – it can’t do that.

Dernalowicz was dissembling (otherwise, he’s confused).  There are no legal “costs” for the City in this case.  Dernalowicz and his fellow spendthrifts on the City Council are wasting your money on “attorney’s fees” for outside lawyers – not on “costs.”

But, they can’t come out and say “attorney’s fees.”  That would make John Flick look bad – because you, the Citizens, already pay the two full-time City lawyers (the Gardner Law Department), Flick & Kolodny, $125,000 a year in automatic paychecks for “attorney’s fees.”

Why do we agree to do this?  So that we, the Citizens, do not have to pay outside lawyers for attorney’s fees.

But, here we are – paying tens of thousands of dollars in additional attorney’s fees (for no valid reason) to outside lawyers – while our two full-time, and highly-paid, lawyers are sitting on the bench in this case and cashing their automatic City paychecks over at Flick’s private business known as “Flick Law Group, P.C.” at 144 Central Street. https://www.flicklawgroup.com/

Meanwhile, fellow Ruling Class members, Dernalowicz and Walsh and the other 4 Ruling Class sheep, tell you: shut up and pay.

Anyway, in the United States, every party in a lawsuit pays their own “attorney’s fees.”  This case is no different.  The State (which in Dernalowicz’s fairy tale is the knight-in-shining-armor rolling in on a Brinks Truck) will not pay the Gardner Citizens’ “attorney’s fees.”

In fact, even if the State wanted to, that would be, well, illegal.

No one, certainly not Beacon Hill, is going to “share” your financial burden. Don’t believe us – just do your own Public Records Request.  Get the attorney’s fees bills in this case, and do the math. jflick@flicklawgroup.com

This is City of Gardner Taxpayer money wasted because our Law Department decided to put themselves on the bench.  The Mayor and the City Council and the Law Department are all good with that.  You, the Citizen, might say the bench is a good place for them.

But, the price of Flick & Kolondy sitting on the bench, these additional tens of thousands of dollars in attorney’s fees, is being paid by checks written on the backs of the Gardner Citizens.

Bend over, shut up, and pay.

You are doing all this for City Hall’s generosity of paying for outside lawyers to keep you, the Citizens, from finding out any information related to the Coil Scandal.  That is, to keep you ignorant.

Like the brave Councillor James Boone said at that City Council Meeting, here we all are, we Citizens, after decades of getting our pockets picked in this Coil Scandal, and we, the Citizens, have not received one penny of compensation, or one shred of information.  Zeros, all around.  Empty pockets, ignorance, sounds bad. Feels like losing.

Councillor Boone was wrong about one thing.  He said that the cause of your ruined (corroded) copper coils is “questionably” the condition of the City’s drinking water.  This is not “questionable.”

No one disputes that the destruction of your heating coils was caused by the condition of the City’s drinking water – which we are all forced to buy from the City.  That is not debatable.

The bottom line is this: we, the Citizens, are shelling out tens of thousands of dollars for some expensive outside law firm to keep us ignorant – when we are already paying $125,000 a year to two full-time City lawyers on our payroll who are already doing that all by themselves.

This is like paying the exterminator good money to release mice into your house which is already infested because the cat is friends with the mice.

Shut up, and pay. 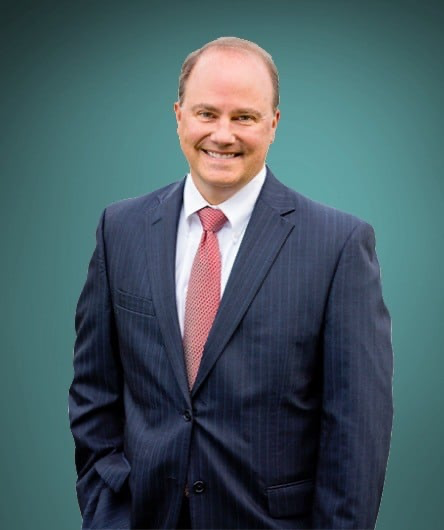 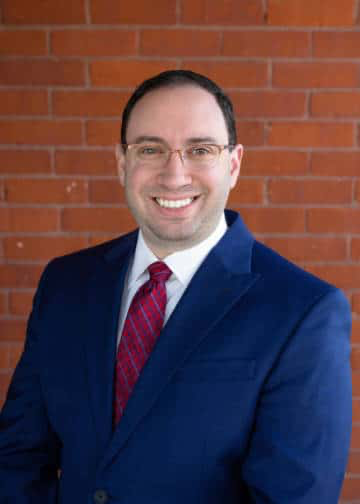 Above, we made a public records request as city officials were no comment when we contacted.

Below, we’ve made a request for information regarding the week’s activities. 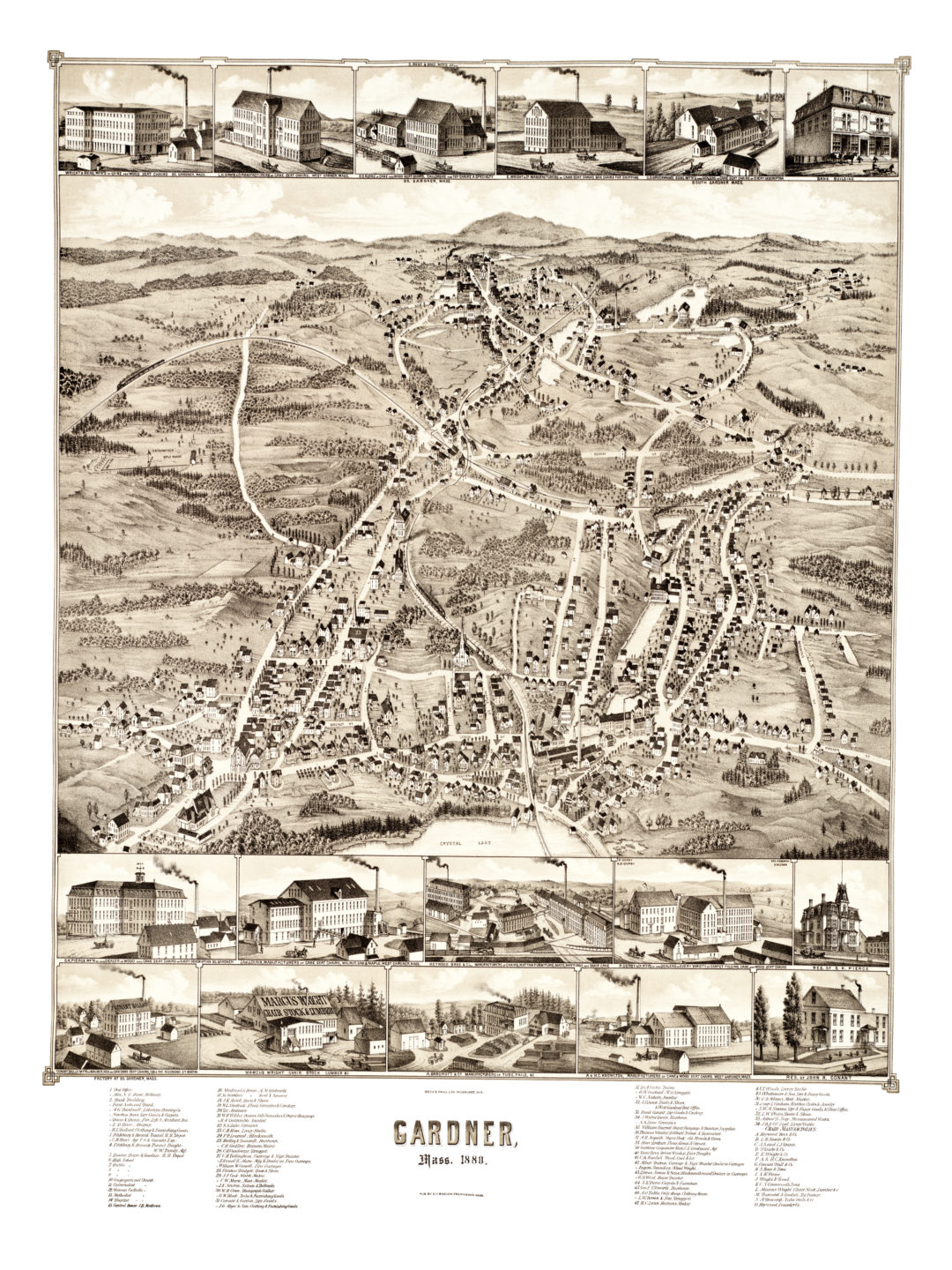