NOW YOU SEE IT, NOW YOU DON’T

NOW YOU SEE IT, NOW YOU DON’T – WE LOVE MAGIC, MOMMY

We have not forgotten that Gardner City Hall suspended the 2/22/22 election to give Boone’s seat away to the Mayor’s cousin (who is another innocent victim in all of this, from what we know).

So, we have been keeping track of the developments.

Lo and behold – the Citizens would never know what happened.  Why?  Because the City Hall silently swept it all under the City Hall rug.

Do you know what happened?

Of course not, because City Hall didn’t want to tell you.

So we’ll tell you.

As you know, the election to give Boone’s remaining two years away was postponed on February 22, 2002 under the guise and ruse of expecting some justifying information from Monty Tech – when everyone knew (but wouldn’t say) that there was no such justification.

So, we are all waiting for the information from Monty Tech, so that the election can be resumed – to see if the Mayor’s cousin is going to join the Mayor’s uncle in replacing the two popular incumbents – Matt Vance and James Boone.

Well, on March 18, 2022 City Hall got the information from Monty Tech. But, they didn’t tell the Citizens that.

When they got the information, they just called it a wrap – and closed down the “Joint Convention.” They didn’t hold a meeting, and they didn’t tell you anything.

Nothing to see here.  Carry on.

So, now City Hall is going to leave Boone alone.  For now.

But, doesn’t the Open Meeting Law require that the public body (this “Joint Convention”) give us notice, and meet in the open to do all this?

That’s why we have filed an Open Meeting Law Complaint – which is now a public record.  We only have 30 days to do it, so now it’s in.

We think Mayor of Gardner Mike Nicholson (Left) is going to need a brighter suit. 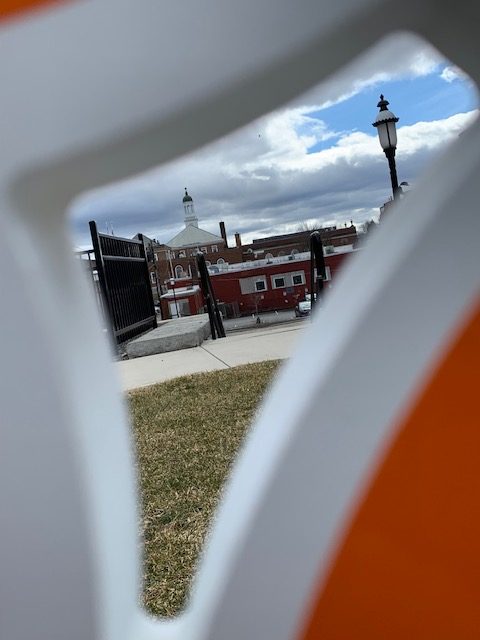 Look through the Love sign in downtown Garder, MA and what do you see?  A half-finished parking lot, rear facades in disrepair and not much else.