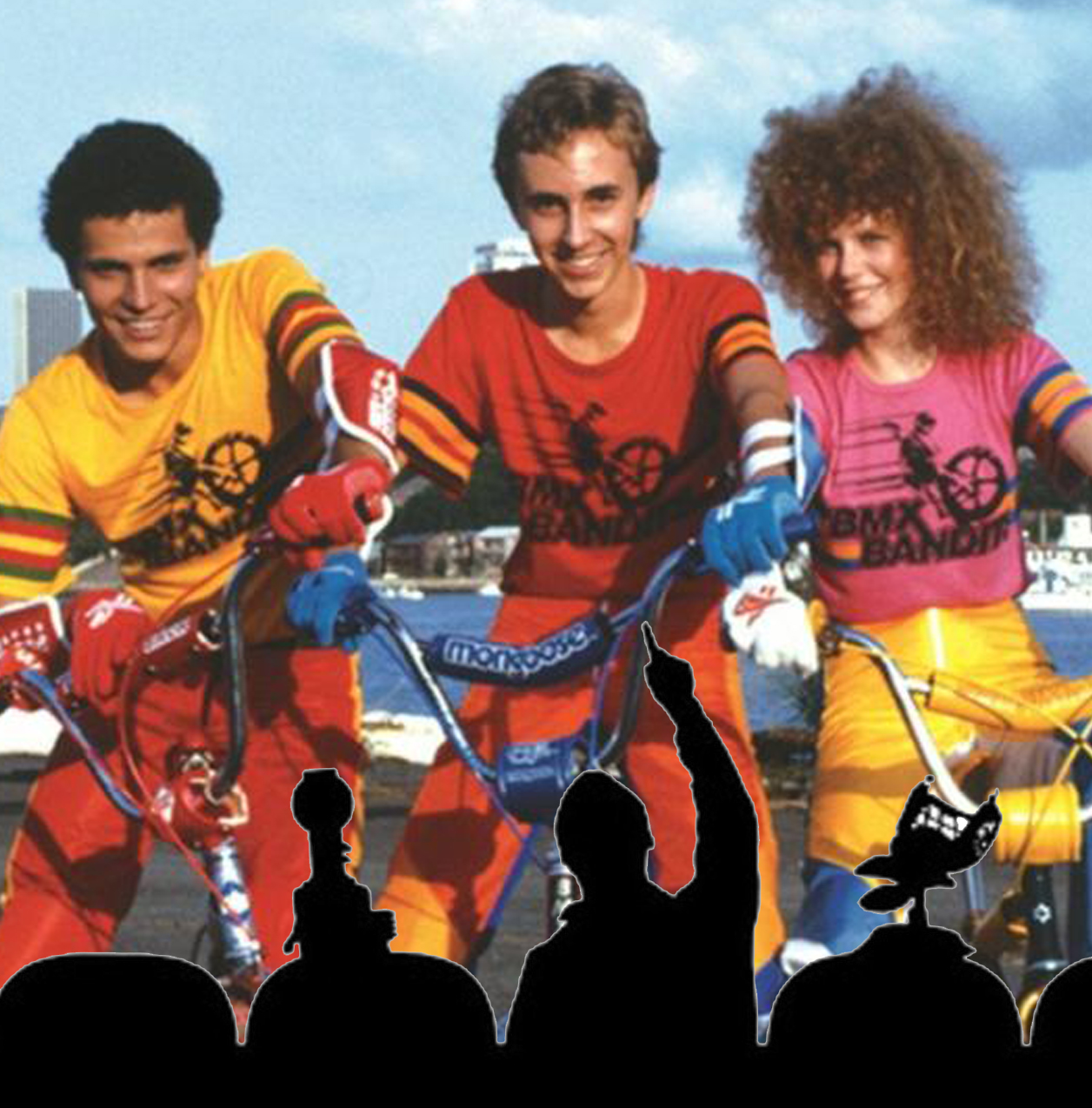 Movie riffing is not easy and you should leave it to the professionals… but we did it anyway.

Having previously enjoyed riffing an episode of the New Monkees on a previous podcast, the guys decided to sit through BMX BANDITS.

A little Australian film that gave the gift of Nicole Kidman to the world. Which, much like Michael Chiklis in the movie WIRED, proved you can do a really terrible, terrible film and STILL manage to have a career.

This film has everything going for it in the wrong direction. So the boys from the Mental Suppository are in for quite a ride.

The same can’t be said for the movie because it barely has BMX bikes in the entire film. As well as a plot that feels like they tried filming five different movies and then just stuck them together. And if you happen to find yourself a copy of BMX Bandits, you can try and sync up the film with the audio commentary from this episode.

So put on your BMX pads, get on your sweat band and get ready for excitement bigger than Nicole Kidman’s hair in the film!!