Transformers the Movie & Growing Up in the Geek 80’s” 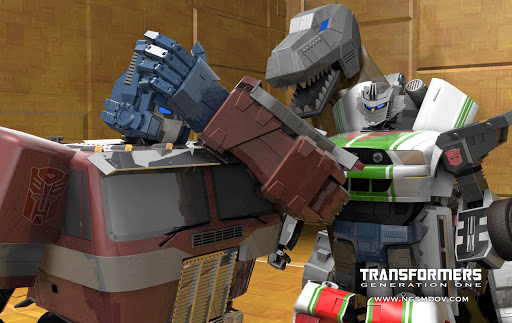 Used by Permission from Randall Ng

Anyone who was a kid in the 1980s remembered the excitement generated by the 1986 Transformers Movie. And most probably remember the fallout when they discovered many of their favorite characters were being killed off in what series writer and movie script consultant Flint Dille described as “a massive charge of the light brigade”.

One of those characters was Optimus Prime.

It was a move by Hasbro to clear away the discontinued 1984 line and excite fans with the 1986 line introducing a hip and flashy new leader to replace Optimus Prime.

While it was a box office bomb on its release, the film has gained a firm fan following in the years that followed. And if they didn’t kill off Optimus Prime in such a shocking and dramix way, Jamie, Bret and Andrew might not be talking about it now.

It’s weekday afternoons in the 80s all over again. Grab yourself either some Hydrox cookies and milk or some Drakes Ring Dings, fix that coat hanger you’re using on you TV as an attena and reminisce on Transformers the Movie… not the Michael Bay one.

by SMG's Are We Here Yet?' | Author David Vermette

This Land Is Your Land

by Scotts on the Rocks Politica | The History of Income Inequality