The Most Dangerous Man in the World: An Interview with Buzz Dixon 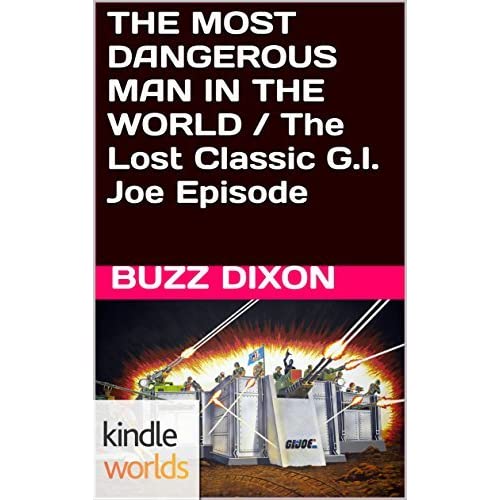 Used with permission of artist

Buzz Dixon’s writing resume has included Thundarr the Barbarian, Jem, Inhumanoids, Alvin and the Chipmunks, Tiny Toon Adventures, Tarzan and the Super 7 (the Web Woman installments), Visionaries: Knights of the Magical Light, Dungeons & Dragons and the Teen Wolf animated series. He has worked for Filmation, Ruby-Spears, Sunbow and Warner Animation. He has also worked with some legendary people including Jack “The King” Kirby. The man who basically created the entire Marvel Cinematic Universe as we know it. But it’s GI Joe he’s best remembered. And wrote some of the most memorable episodes for the series using his time in the Army to help guide the writing team in creating stories for a military team.

Bret, Jamie and Andrew continue their discussion about work in the industry and the weekday afternoon and Saturday morning. And his thoughts about the revival of interest in 1980s property. And what it was like being part of creating those properties back then. As well as advice to young writers who wish to get their ideas out.

Prospects of a Fifth Amercia, Now in Hi-Def!

by Scott's On the Rocks Politica Podcast | Does America need a Divorce?