Part One: Doctor Who A Journey Into Time 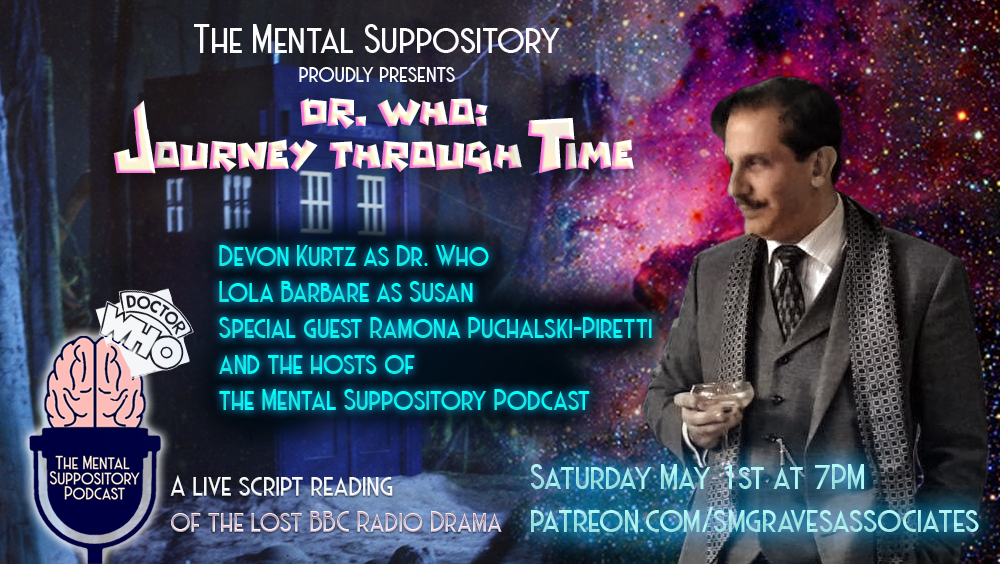 Subscribe
Contribute
The Mental Suppository will return with brand new episodes on February 4th. Until then we wish to share a few favorite “leftovers” from our inaugural 2021 season.

We were fortunate enough to do three live shows during that season. Two of which were hosted over Zoom with the third one presented live at Northeast Comic Con and Collectibles Winter Show on Thanksgiving Weekend.

The first of these live events was a presentation of the lost BBC radio drama DR. WHO: A JOURNEY INTO TIME which was hosted on Zoom on May 1st 2021. It starred Devon Kurtz as Dr. Who, Lola Barbare as Susan, Ramona Puchalski-Piretti as Susan’s teacher Miss Jennings with the rest of the cast played by the crew of the Mental Suppository.

The original radio drama starred Peter Cushing reprising the role of Dr. Who, from the two Dalek films he starred in and it was written by longtime Doctor Who television writer Malcolm Hulke. It was a clever retelling of the first William Hartnell television episode with some slight changes to the characters.

We present the live event for the first time with added sound effects and incidental music for your listening pleasure. Sit back, relax and ring in the brand new year with an old friend.