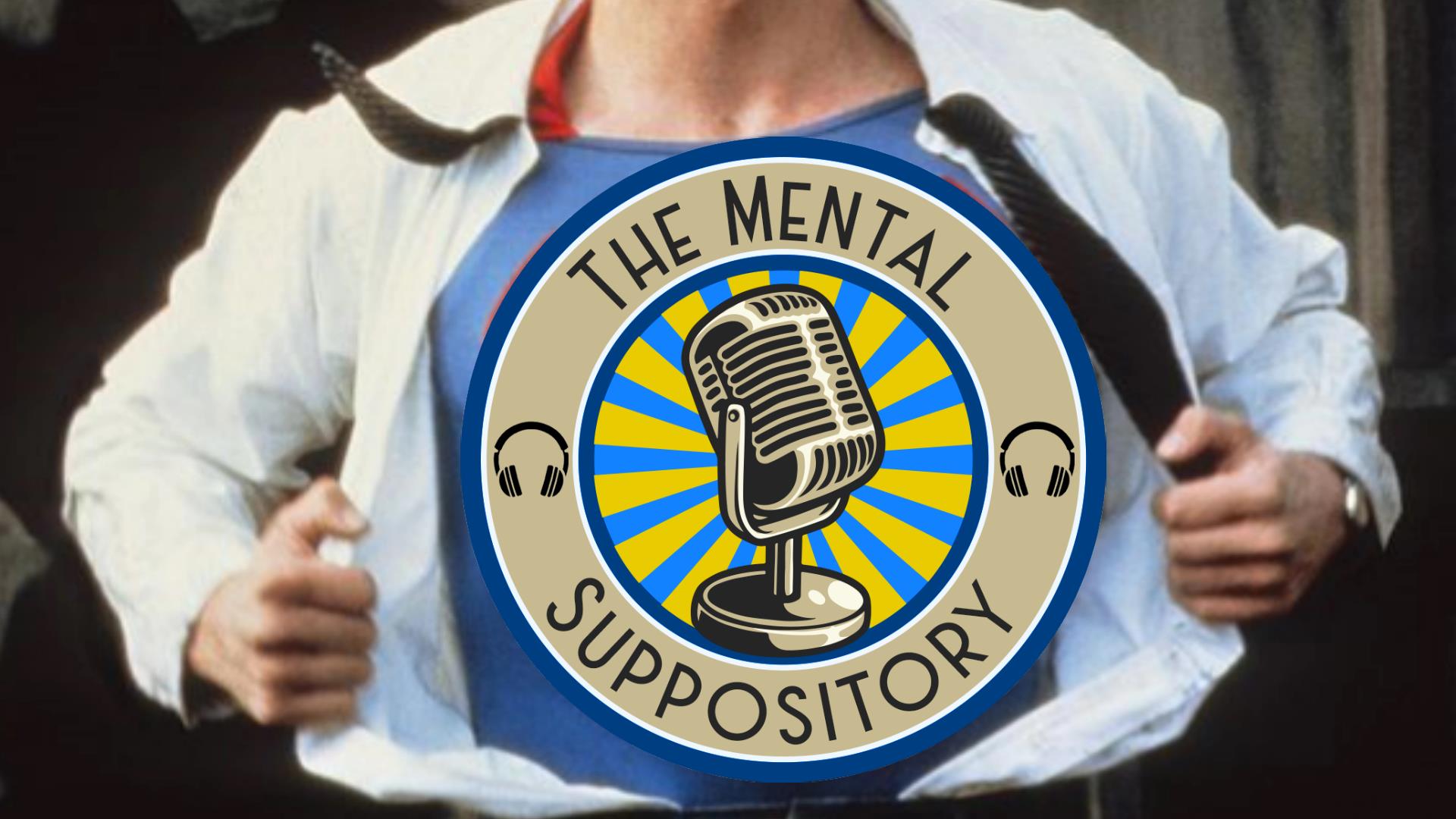 The Mental Suppository Podcast will return with brand new episodes on February 4th. Until then we wish to share a few favorite “leftovers” from our inaugural 2021 season.

We were fortunate enough to do three live shows during that season. Two of which were hosted over Zoom with the third one presented live at Northeast Comic Con and Collectibles Winter Show on Thanksgiving Weekend.

This was our second live broadcast at Northeast and this time we decided to do a live reading of the 1940 Radio Drama from the Superman series. It starred Jamie Billings as Superman and Dr. Dahlgren. Wayne Neves as the Yellow Mask. Sydney Goddard as Lois Lane. Bret Herholz as Perry White. Andrew Shanley as the Announcer. Other characters were voiced by members of the cast.