Whose Who… A Doctor Who Discussion 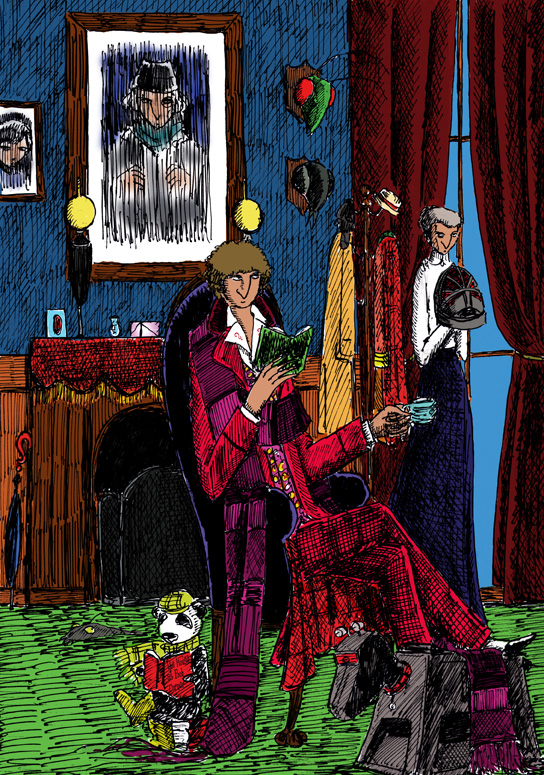 Most people don’t realize Doctor Who’s popularity in the United States started long before the series’s return in 2005.

His manic eyes, grin, endlessly long scarf and mad hatter-like persona has made him to some fans the definitive incarnation of the Timelord. And in fact, there were some that thought for the longest time Tom Baker was the first actor to portray the eccentric character traveling through time in a spaceship stuck in the physical form of a London Police Telephone Box.

Imagine many young American fans’ surprise (including myself) when they discovered there were three actors who portrayed the Doctor before him. Or when we discovered that he had turned into a fair haired younger man who fancied cricket and wore a stick of celery on his lapel.

And for a generation, it was the initial fear of the series that turned to intrigue which eventually turned to obsession as we rediscovered this eccentric show once more in our late teens and early twenties thanks to it being released on home media in the late 80s and early 1990s.

In today’s episode Bret and guest Murphy Grumbar discuss their first exposure to this unique British institution that has long since developed a loyal following here in the States.

And Murphy discusses the Doctor Who group he started where he and the members get stoned and watch classic episodes.

So join the discussion. You don’t have to get stoned to enjoy this episode. But if you choose to, we support your rights to do so. And do have a Jelly Baby, won’t you?