Why Foresake the Artist?

The most recent distribution of funds by the Williams-Rockwell Educational Gift Foundation is remarkable not for what will be obtained with the funds but for what will not.

For the second year in a row, funds (included in the distribution for a second time was principal, not just interest) were utilized to make improvements to the physical plant of the Gardner High School Auditorium.

Having been an artist and an arts management professional for much of my professional career, I’ve had the privilege to support, lead and interact with a plethora of courageous, entrepreneurial, resilient and ultimately creative artists, educators and students.

While legal and political professionals may argue the finer points as to the clarity of the language in this foundations’ charter, it seems clear that the intent of the funds were to promote the propagation of the fine and performing arts for student and/or professional artists benefit. At least that should have been the intent.

I find it typical that in our community, as in many others, that for the some seven years of its existence the august body comprising the voluntary leadership of the Williams-Rockwell Educational Foundation has not included a single member of the regional fine and performing arts community, arts education community nor a single arts management professional such as the executive director or development director of an arts organization.

This is at the least pure ignorance and at the most a continuation of a widespread insistence on disrespecting the disciplines of the arts in favor of the legal and banking class, the medical class and others deemed ‘more professional’ then those most qualified to govern the funds of an arts oriented foundation.

I throw this oversight squarely at the boot-heels of our municipal leadership, including former Mayor Mark Hawke and current Mayor Michael Nicholson.  Taking a rather townie stance on such matters, these two individuals, highly influential in making the additional appointments to the foundation’s board of trustees have helped to ensure that the ‘professional class’ of our local municipality remain in control of said funds, like they do for so many other long-standing sources of philanthropy….. and with virtually no qualifications or relevance.

This funding could be utilized to create programming that brings together Gardner fine and performing art students in long-term, multi-disciplinary projects across a variety of media, creating and presenting together to offer the region an immersive artistic experience while allowing cross-pollination between local art students and perhaps nationally recognized artisans.

This funding could be utilized for projects that help students and adults in our region to express themselves in artistic ways as an alternative to drug abuse, suicide and other characteristics of hopelessness rampant in our de-industrialized and under-capitalized community.

This funding could support programming for extraordinary projects designed, proposed and implemented by our own arts faculty, challenging them to be far better tomorrow than they may be today; a hallmark of the art educator experience.

We could spend effort in developing additional sources of funding through a long-term comprehensive funding scheme designed to turn this foundation into a multi-million dollar endeavor to in turn provide for the kind of fine and performing arts program that would place Gardner on the educational map as a school choice district of distinction.

We could steward this funding better, foregoing the use of principal in addition to interest.

We could forego spending funds on physical infrastructure which, while needed, does not directly help any humans and is a cost center which should be allocated to municipal budgeting for physical plant.

Mayor Nicholson, as the boards chairman, should be looking elsewhere for auditorium seats.

Looks like the mayors office should host itself a bake sale.  New idea for his food truck festival?

I wish not to denigrate the young man for his accomplishments as an amateur collegiate marching band performer.  But this experience does not make him qualified, nor does the experience of other members of this board, to make informed and enlightened decisions about how money should be allocated for professional and student artisans.

Once again, when called upon to seek excellence, Gardner’s leadership decides to paint a color by numbers instead.

No Velvet Elvis is safe in the hands of these finger-painters. 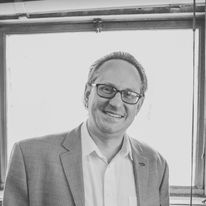 Read Now: …AND THEN THERE WERE TWELVE?

Ep. 40 The Whole World Smiles With you

by Ep. 16 Scotts on the Rocks Politica | Mitch Grosky

Ep. 40 Finding Home in The Kitchen

by Are We Here Yet? Podcast | Food & Architecture Expert Victoria Pardo