When will Johnny Bravo Sing Again.

Our contributing writer Scott J. Graves considers himself to be a Boomer.  He uses categorical nomenclature utilized to ensure we all know what stereotype a person fills.

I’m a Gen X-er in this paradigm.  I’m also another Scott Graves from Gardner, hey.  Though, my precious reader, I’m so much more.

My friend, the ‘other’ Scott Graves made salient and credible points in his ‘Gardner Iron-Dispatches from the Arena XXIV.  He and I happen to see eye to eye on topics of urban planning, taking a more progressive approach to re-developing our cities and towns, effective use of mixed development to strengthen downtowns, reducing our carbon footprint and increasing public transit…… I could go on.

But when it comes to his language, made repetitious to emphasize a point, we appear to digress.

Since the various colonies of euro-centric North America were formed an economic elite class of people consistently found means for injecting strife between two or more groups of lower-class people.

Need to keep your poor whites in line? Just tell them slavery is necessary to maintain their status as poor white trash. Need your protestant mill workers to stop striking?  Just tell them the Italians and Franco-Americans are a threat to their jobs and their religious freedom.  Can’t have any Popish plots going on over here.

This has created some rather disempowering scenarios that lead to nowhere.  I am told I need to support Gardner current power elite because they are ‘progressive’ like me.  Yet Over the last 2 years I see nothing to support a progressive agenda.  I’m told to be patient.  I watch more buildings come down.  I hear more stories of developers loosing heart and leaving projects.  I see more parcels going dormant. I see conservation land abutting sludge landfill expansion.

I see nothing that says, ‘Hey guys, look at our progressive agenda, isn’t this great?’

I have watched my elders for too long denigrate ‘Millennials’.  When these tropes began in the early -aughts, millennials were children.  Now they are voting citizens in their late thirties.  When do we all agree they have proven themselves as viable citizens?  Same can be said for Gen-Z, Gen-Y, Jennifer, Jenn and Zed thrown in, too.

When did it become ok to repeatedly denigrate our sons and daughters for social issues, in some cases that are generations in the making.  Isn’t it our fault more than theirs?

My real question to you, my reader is thus: Why do we, the masses fall for this idiocy?

Rich people.  Yes, rich people who also maintain power in this country want you and I to agree to disagree.  On economics.  On gender. On religion.  On abortion.  On who looks cooler in a three piece suit.

Don’t get me wrong.  I take issue with our current and past municipal administrations for their rather anemic display of economic development prowess.  I’m being polite.

But our issue is not that there is a millennial/Gen Z plot to disempower Boomers because of age.  It’s simpler then that.

The current municipal administration and its staunchest supporters in positions of power are frankly, mediocre.  Skills, vision, personal leadership tools for generating substantive economic and social progress?  Many of them have this.  But they consistently let politics get in their way from utilizing their skills.  They are like the performing artists I used to engage when I worked in the record industry.  They love to be loved and for many, their first or only priority is getting through the next election, not whether their constituents have the resources they need to empower their own neighborhoods. They are fragile and passive aggressive.  I have yet anytime before now to see such a lack of transparency in communications on the part of our state representative, our mayor and a solid majority of our city council. 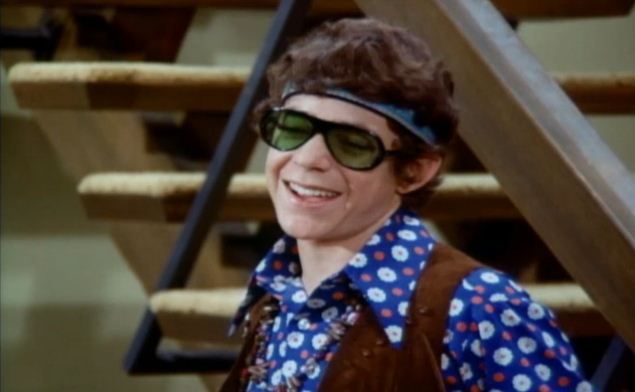 They look slick, dress in all the right clothes.  They talk a progressive agenda.  In theory I should agree with them.  But all we keep seeing is ribbon cuttings.  No programs, no plan to fill empty spaces.  No programs to empower individuals in entrepreneurship.  Lots of gloss.  But how often can one polish a rotting egg?

So no, Mr. Graves.  There is no age-ist plot to destroy Boomers.  Frankly, it appears to me many boomers are perfectly good at destroying themselves in this global zombie apocalypse.

Nope.  It’s just good old-fashioned appetite for power from a group of young-ish ‘Johnny Bravos’.  They fit the suit, they walk on stage the right way.  Beyond the bright lights and amplifiers though, you’ll find a leaky roof and a backstage door come off the hinges.

Read Now: …AND THEN THERE WERE TWELVE?

Ep. 40 The Whole World Smiles With you

by Ep. 16 Scotts on the Rocks Politica | Mitch Grosky

Ep. 40 Finding Home in The Kitchen

by Are We Here Yet? Podcast | Food & Architecture Expert Victoria Pardo